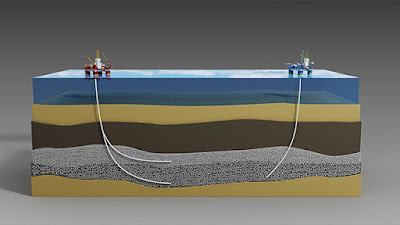 The properties of all reservoir rocks are continuously changing, from the time the sediments are deposited through to their burial at great depth and during any subsequent uplift. This is a combined function of mechanical compaction and of chemical processes involving dissolution and precipitation of minerals. At any given burial depth the properties depend on the composition of the sandstones when at shallow depth, and on their temperature and stress history during burial. Practical prediction of the porosity and permeability during exploration and production is only possible if the processes that change these parameters are understood. It should be realised that the starting point for the diagenetic processes is the initial sandstone composition. This is a function of the rocks eroded (provenance), transport, and depositional environments. Diagenetic models must therefore be linked to weathering and climate, sediment transport, facies models and sequence stratigraphy, and should be integrated in an interdisciplinary basin analysis. Diagenesis is often considered a rather specialised ﬁeld of sedimentology and petroleum geology, but it embraces all the processes that change the composition of sediments after deposition and prior to metamorphism. The most important factor in predicting reservoir quality at depth is the primary clastic composition and the depositional environment. The diagenetic changes also determine the physical properties of sandstones, such as seismic velocities (Vp and Vs) and the compressibility (bulk modulus). This is also critical when predicting physical rock changes during production.
The main diagenetic processes are:

As soon as sediments are deposited, early diagenetic reactions start to modify the primary sediment composition. At very shallow burial depth (<1–10 m), sediments have the maximum potential to react with the atmosphere or water, both by ﬂuid ﬂow and diffusion. Transport of dissolved solids by diffusion and ﬂuid ﬂow (advection) is most efﬁcient near the surface; in the case of diffusion within about 1 m of the seabed. The potential for sediments to change their bulk composition after deposition is therefore much higher at shallow depth than at greater burial. Near the surface on land, and also in the uppermost few centimetres of the seabed, the conditions may be oxidising, while at greater depth in the basin they are always reducing. Precipitation of minerals due to pore water concentration by evaporation can only occur on land or at shallow depth within enclosed basins. On land, sediments are exposed to air and fresh (meteoric) water. Weathering is partly due to reactions with oxygen in the atmosphere and partly due to dissolution of minerals in freshwater, which is initially under saturated with respect to all the minerals present. These are soil-forming processes which can be considered to be examples of early diagenesis. In desert environments groundwater and occasional rainwater may become concentrated through evaporation, causing precipitation of carbonates and also silicates. Coatings of red or yellow iron oxides and clays frequently form on desert sand and this may subsequently retard or prevent quartz cementation at greater depth. In the sea, the water above the seabed is normally oxidising. Only where there is poor water circulation (poor ventilation) is the lower part of the water column likely to be reducing, though the phenomenom is more widespread in lakes and inland seas like the Black Sea. However, even below well oxygenated water, oxidising conditions extend in most cases for only a few centimetres into the sediments, since oxygen is quickly consumed by the oxidation (decay) of organic matter in the sediment. This is for the most part facilitated biologically by bacteria. Accumulating sediments normally contain sufﬁcient organic matter to serve as reducing agents in the pore water. This organic matter is comprised of both the remains of bottom fauna and of pelagic organisms, including algae, accumulating on the sea ﬂoor, and also often includes terrestrial plant debris transported into the basin.
Newer Post
Older Post
Home