What was the most popular technology companies in the beginning? 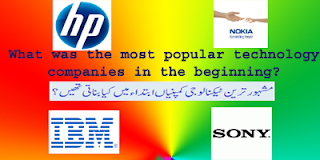 What was the most popular technology companies in the beginning?

World renowned company, which has the worldwide reputation for computerization, started working in New York with the name of the Tabulating Machine Company in 1911 and initially screws, meat cutting devices, coffee grinding and other similar items, but in 1917 Renamed the International Business Machine.

At the same time, the world's largest mobile-making company was founded in 1865 and initially the company used to create a testure paper. The company was founded by Engineer Adistam in the city of 'Finland' in Finland, and it used to make boot and tires combined with another Finnish firm 'Finnish Rubber Works' and still a company named 'Nukan Tire'. Creates a tire.

Japan's famous company is very famous to make games today, but it was a time that the company used to sell taxis, hotels, foods. The company was founded at the end of the nineteenth century and was well-known in card games, but in the decade of 1960, the company also failed to make television networks but failed. Finally, in 1970, these games were made and today it has been very successful.

After the end of the Second World War, Japanese named Masora I. Boka left her job and made a shop for radio fixture, and opened a transistor company named Tokyo Telecommunication Engineering Corporation a year later. In 1950, the company was renamed 'Sony', which is derived from a Latin word 'sonus' which means 'sound'.
Sharp This company was built in 1912 and initially it used to make belts of belts, but in 1917, made mechanical pencil surprises the world and has successfully travelled successfully.
Like MotorolaSony, Motorola also started broadcasting from the radio business in the US city of Chicago. This company made radioactive, defence devices and walkie-talk cars 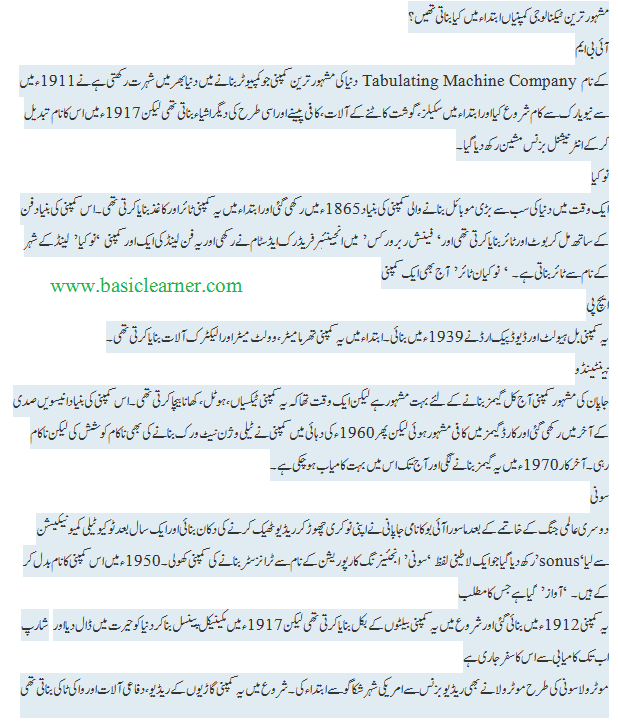