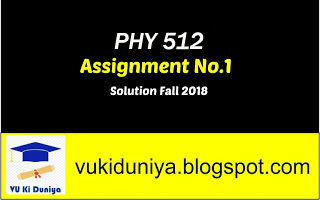 Idea Solution
Discuss two examples of gender bias with the help of psychological theories. 5+5
Definitions Gender - "A term used where it is considered appropriate to emphasis the psychological characteristics associated with males and females."  Gender Bias - "A bias that refers to the treatment of men and women that might not justifiably be seen as representing the characteristics of either one of these genders."

Different types of Gender Bias ü Alpha Bias ü Beta Bias ü Anthropocentric Bias
Alpha Bias:  Theories that see real difference between men and women but may undervalue one gender compared to the other Some heighten the value of woman, such as Nancy Doctorow's conception of woman as more relational and caring. Some devalue woman, Such as Freud's theory of psycho sexual development.
Beta Bias:  Theories that minimize or ignore differences between men and women. Tend to ignore questions about the lives of woman or assume that the studies of men will apply equally to woman.  What will be covered What is Gender?  What is Gender Bias?
What are the different types of Gender?
Psychologists who are guilty of being Gender Bias in their research!  Question formations Research design Conclusions
How do we avoid the Gender Bias in Psychology?
How to avoid the Bias Don't make equal numbers of both Genders, instead take a representative sample of the population, for example, in the UK, there are 100 Males to every 101 Females. So, a representative sample would be 100 Males and 101 Females   With the representative sample, you would also have to take into account the cultural difference, making Gender Bias and Cultural Bias similar.   Another big aspect to take into account is those individuals who are transgender, and where they want to be placed within the sample, if chosen. By law, you have to acknowledge them by the gender they see themselves as.   Also, everyone is different and that is to be taken into account. Such as feminine men but are not transgender, but could still have an effect on the end result.   Feminist groups also play a big part in Gender Bias, because they will want woman to be seen as equals to men. There is also 'Different feminist' groups who see woman as different and want to keep it that way.   So, could modern day psychologists be trained to not be Gender Bias in their research?   All psychologists must go through the BPS (British Psychology Society) to be trained, so could the BPS train psychologists to be non-Gender Bias?   But what about those psychologists who have already passed through the BPS?   Well they could be offered CPD (Continuous Professional Development) where they would be required to have the necessary training to become non-Gender Bias.
Download Solution File: