Do you know 'Time Travel' - is it possible to travel in time? 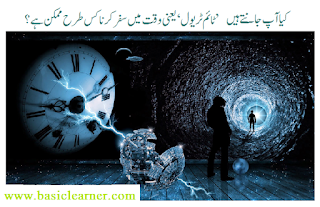 Do you know 'Time Travel' - is it possible to travel in time?

Usually, we look at Hollywood Fiction movies that people can travel in the past and also in the future. So far we believed that traveling in time is limited to story stories only, but science has proved that time travel is possible and we can travel in time, but how?
Let us know the co-founder of the World Science Festival and from Brian Green, Professor of Calculations and Physics of Columbia University. According to Professor Brian, the time travels are two types and both are different from each other.
According to Professor, it is definitely possible to reach the future through Time Travel. We know how to do this, because Einstein had told us the way hundred years ago. The amazing thing is that only a few people know in detail. They told us that if you go to the sky and travel at light speed and come back, your watch will be running slowly from the clock of the world.
That is, when you step back into the world, you will be in the future world, while you will not even have time to pass. Einstein also told us that if you are very gravious like something like Neutron Star or Black Hole, when you reach it, time for you will be too slow while time for rest The speed will remain the same.

The rest of the world will be ahead of you and you will be back. As you come back, you will step in the future. This is not a controversial thing, every physician of the world accepts it.
But the other type of time travel type is that it is a controversial point of view in the past, and here a good discussion begins. Because many scientists think traveling in the past is not possible. A single and acceptable concept that has been offered to travel in the past is Vermilight.


But what are the worm holes?

Worm Holmes is also one of the things that Albert Einstein discovered. It seems that the name of everything in the field of physics is their name. Verm Hole is a bridge used to move from one place to another. It is a tunnel that provides a shortcut for millions of miles long.
Albert Einstein discovered it in 1935. But later it revealed that if you make a change in the beginning of the Vermil hole, if you open a brighter to Black Holes or travel fast, then the time for this vermilion will not run at a speed. Which means you will not be able to travel from one place to another, but you'll be able to reach it from time to time.
Professor Brian says we do not know whether or not the Verses are true. We cannot even say whether it can really be traveled from one place to another, But we know that if this is correct then time travel can be done through Verma Holes

Have you ever thought what would happen if the world was like a sticky plate? 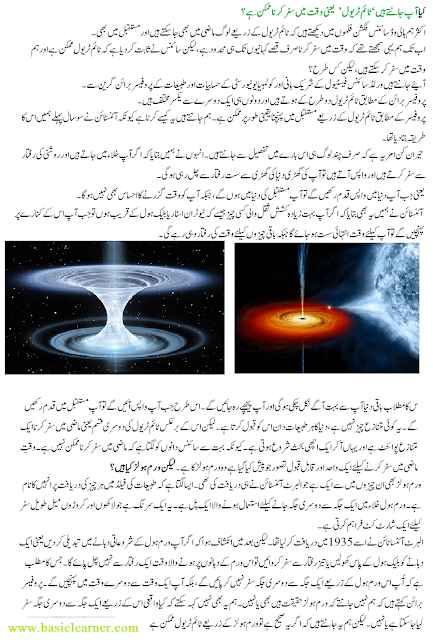