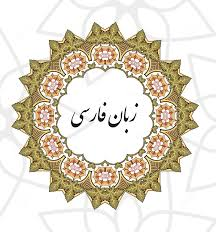 Persian is one of the Western Iranian languages within the Indo-Iranian branch of the Indo-European language family, but it is mostly written using a modified variant of the alphabet of Arabic, which is not an Indo-European language. It is primarily spoken in Iran, Afghanistan (officially known as Dari since 1958), and Tajikistan (officially known as Tajiki since the Soviet era),and some other regions which historically were Persianate societies.

Persian is an Iranian language belonging to the Indo-Iranian branch of the Indo-European family of languages. In general, Iranian languages are known from three periods, usually referred to as Old, Middle, and New (Modern) periods. These correspond to three eras in Iranian history; Old era being the period from sometime before Achaemenids, the Achaemenid era and sometime after Achaemenids (that is to 400–300 BC), Middle era being the next period most officially Sassanid era and sometime in post-Sassanid era, and the New era being the period afterwards down to present day.

According to available documents, the Persian language is "the only Iranian language"for which close philological relationships between all of its three stages are established and so that Old, Middle, and New Persian represent one and the same language of Persian; that is, New Persian is a direct descendant of Middle and Old Persian

The known history of the Persian language can be divided into the following three distinct periods: