"Biology is a natural science concerned with the study of life and living organisms, including their structure, function, growth, evolution, distribution, identification and taxonomy. Modern biology is a vast and eclectic field, composed of many branches and sub disciplines."

The term biology is derived from the Greek word βίος, bios, "life" and the suffix -λογία, -logia, "study of." The Latin-language form of the term first appeared in 1736 when Swedish scientist Carl Linnaeus (Carl von Linné) used biologi in his Bibliotheca botanica. It was used again in 1766 in a work entitled Philosophiae naturals sive physicae: torus III, continens geologian, biologian, phytologian generalis, by Michael Christoph Hanov, a disciple of Christian Wolff. The first German use, Biologie, was in a 1771 translation of Linnaeus' work. In 1797, Theodor Georg August Roose used the term in the preface of a book, Grundzüge der Lehre van der Lebenskraft. Karl Friedrich Burdach used the term in 1800 in a more restricted sense of the study of human beings from a morphological, physiological and psychological perspective (Propädeutik zum Studien der gesammten Heilkunst). The term came into its modern usage with the six-volume treatise Biologie, oder Philosophie der lebenden Natur (1802–22) by Gottfried Reinhold Treviranus, who announced: 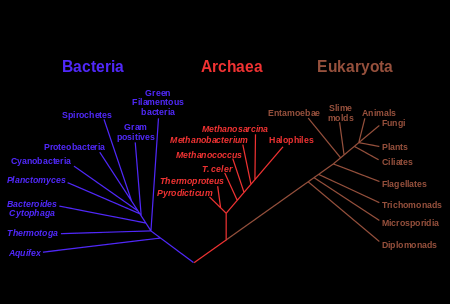 The objects of our research will be the different forms and manifestations of life, the conditions and laws under which these phenomena occur, and the causes through which they have been effected. The science that concerns itself with these objects we will indicate by the name biology [Biologie] or the doctrine of life [Lebenslehre].


Take a review this Image